#ChooseToChallenge the misrepresentation of Feminism 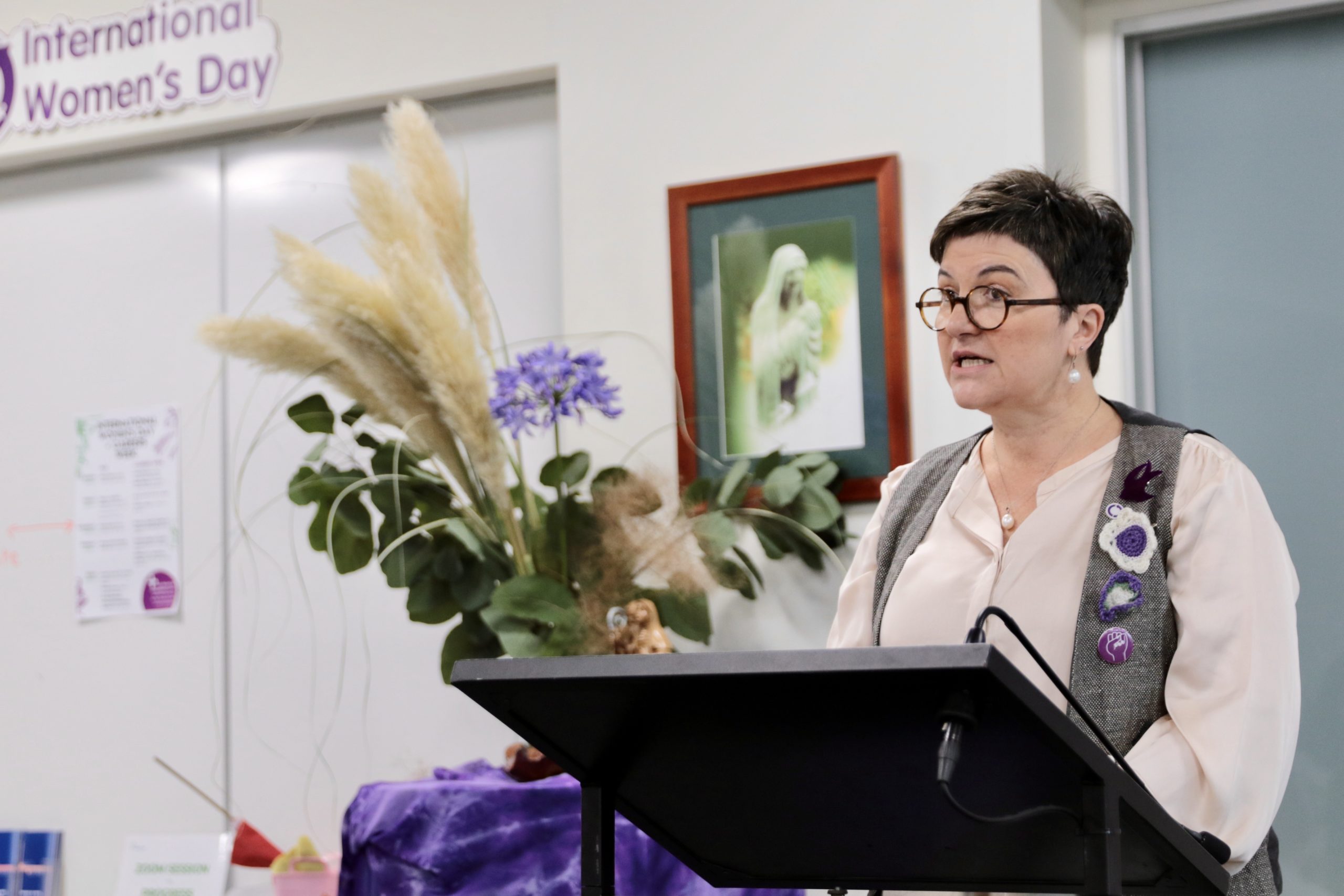 Below is the presentation by Maria Haggett, College Principal, delivered to staff and student leaders at our annual International Women's Day Breakfast. The theme for IWD2021 is #ChooseToChallenge.

Today I am going to talk about the F-word. What? You say.
I am choosing to challenge the misrepresentation of the word Feminism.

It’s not in fashion. Many aren’t sure what it means. It has an image problem.
Some even say it’s irrelevant or that we are in a post-feminist era. How many times have you heard someone say… I’m not a feminist BUT…

So what is feminism? At its core, feminism is the belief in full social, economic, legal and political equality for women.

Let me repeat that. To be a feminist means you believe in social, economic, legal and political equality for women and men. Not one over the other, or women at the expense of men. Equality. Not sameness. Equality.

I recall being shocked a number of years ago when Julie Bishop, a woman whose achievements I admire greatly, declared “I have never found much use for feminism”.   Now Ms Bishop is a law graduate from the University of Adelaide and served with distinction as the Foreign minister of Australia from 2013 to 2018. I admire her strength in the toxic halls of parliament. But I was astounded.

Perhaps it was an offhand comment that one makes when trying to score points against opponents. But it did make me think. What use is feminism in 2021? What have we gained?

Let me take you on a very brief journey…

If you had been a young woman in 1891 instead of 2021…
The age of consent was 13. You had no right to vote. The average girl completed Year 4 or 5, you would be lucky to complete primary school. If you were rich and white, you would have been able to sit in on some classes at the University of Melbourne, but you wouldn’t have been permitted to graduate.

If you had been a woman in 1921 instead of 2021…
The first world war saw opportunities open up for working women. BUT once you married all of your current and future earnings, in fact your very physical person became the property of your husband.

In 1951 you would not have been able to work let's say, as a teacher or a nurse after getting married. You could try to cheat the system by hiding your marriage, but this required you to live a double life and was very risky.

Still, in 1961, you would not have been permitted to work in the public service if you got married because and I quote from the public service handbook “in accepting employment women were evading their domestic responsibilities.”  The only exception was typists as this work was seen as beneath men and I quote again women were seen as more suited to "monotonous work".

In 1971 you might have been able to enter the work force, but you had no right to equal pay for the same work, you were paid at least 30% less.  Maternity leave was a thing of fantasy, and childcare centres did not yet exist.

Most disturbingly, there were no laws against spousal abuse – it was a private matter and though police were often sympathetic, violence within marriage was not a crime until the 1980s.

Now here we are in 2021.
We have a right to education.
We cannot be married against our will at 13.
We can work even if we choose to marry.
We can have our own bank accounts.
We can graduate from university.
We have – in theory - equal pay.

I'm going to take a punt and say I think that these things have resulted in a better life for most women.

Now I must make comment here that not all women are the beneficiaries of feminism equally. If you are a woman of colour, gay, poor, indigenous, from an ethnic minority or have a disability, you are more likely to face discrimination.

Now did all of this come about by accident? No. We have these rights because of the women and some men who came before us.

Damn right it is.