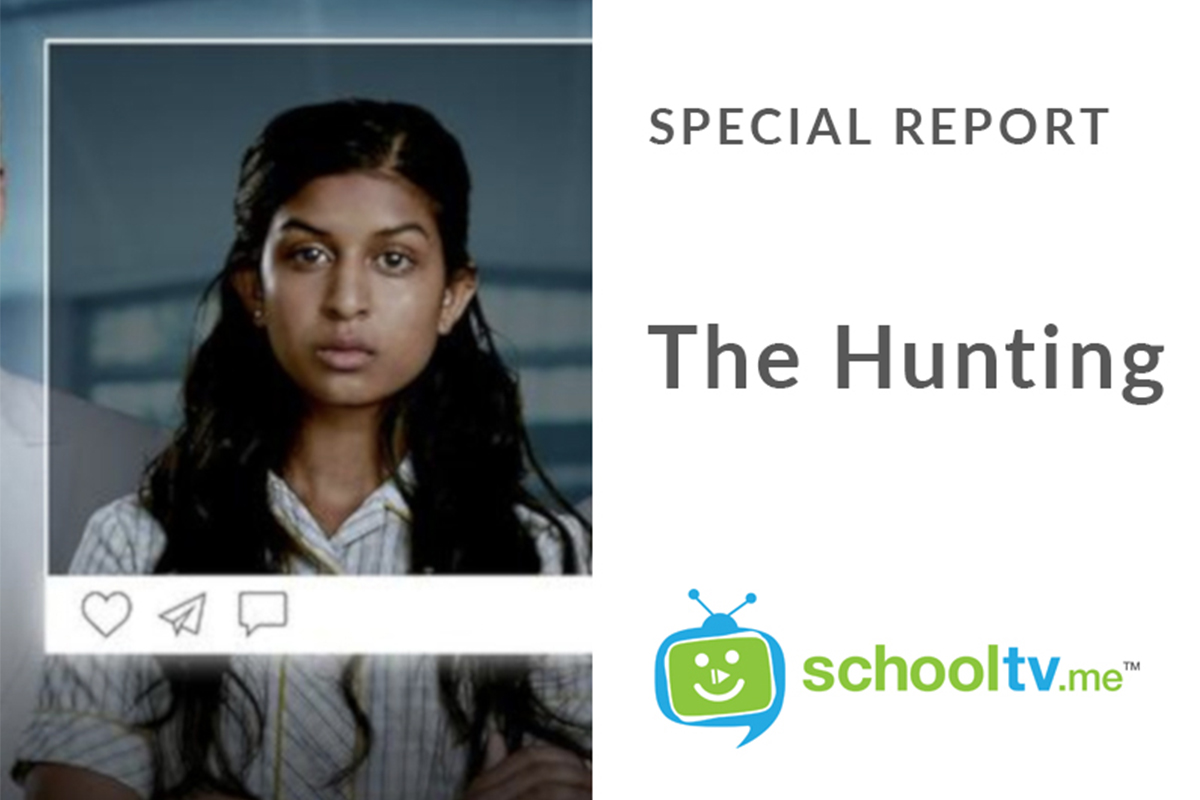 The reports below on The Hunting and Vaping, complement the June edition from SchoolTV on Positive Parenting.

The Hunting
‘The Hunting’ is an SBS drama series following the lives of four young Australians as they explore the complexities of relationships, identity and sexuality via technology. The series follows the lead up, revelation and aftermath of an inappropriate teen photo scandal and the impact it has on the students, teachers and families involved.

Research shows that young people are increasingly exploring their sexuality online. A report from La Trobe University states that 26% of teens have sent a nude or sexual image, or video, of themselves to someone else.

The aim of this series is to promote discussion and awareness in an attempt to minimise harm. Experts suggest that conversations about online safety should start in the home and should occur as soon as a parent hands over a mobile device to a child. This should be then constantly reinforced throughout their educational journey.

In this Special Report, parents and care givers will be encouraged to have conversations with their children about the issues of online safety and the potential harm of image sharing and cyberbullying.

If you do have any concerns about the wellbeing of your child, please contact the school for further information or seek medical or professional help.

Click here to view the special report on The Hunting

Vaping
E-cigarettes and vaping are quickly gaining in popularity, especially amongst teenagers. Manufacturers of these products are deploying sophisticated marketing campaigns in an attempt to glamorise and promote smoking to young people.

Vaping is the act of inhaling and exhaling the vapour produced by the heated nicotine liquid of an e-cigarette or vape pen. Many teens believe that vaping is less harmful than smoking as it is often formulated with flavourings to appeal to younger users. Be aware that e-cigarettes stating 0 mg of nicotine, may still contain nicotine. It is a highly addictive substance that can slow the brain development in children, affecting their memory, concentration, learning and mood. Because vaping is new, the short and long-term health effects remain unknown.

However, studies have shown that children who have tried vaping, are more likely to smoke tobacco products later in life than those who have not tried vaping. As e-cigarettes leave little odour, they are particularly easy to conceal and use discreetly in public places, even in schools.

In this Special Report, parents and care givers will be provided with the facts relating to e-cigarettes and vaping, whilst also highlighting the potential dangers and surrounding legislation.

Click here to view the special report on vaping.